HuckleBe is a new type of agency that can bridge worlds. Here’s why.

HuckleBe: a new name, a new concept, a new vehicle for reimagining the future. Representing the co-founders’ boundless drive to position sustainability in the spotlight it needs, with fresh and innovative energy.

Yet the name is also rooted in the personal values that brought Chloe and Hayley together in the first place. Values that directly reflect the unique slice of time they were both born into: the Xennial microgeneration.

Who are the Xennials?

The Xennial microgeneration groups people born between 1977 and 1983, nestled between Gen X and Millennials. These sandwich generations likely need no introduction. On the one side we have the “forgotten generation” of cynical Gen Xers, and on the other the time-pressed, high-debt and professionally overloaded Millennials. 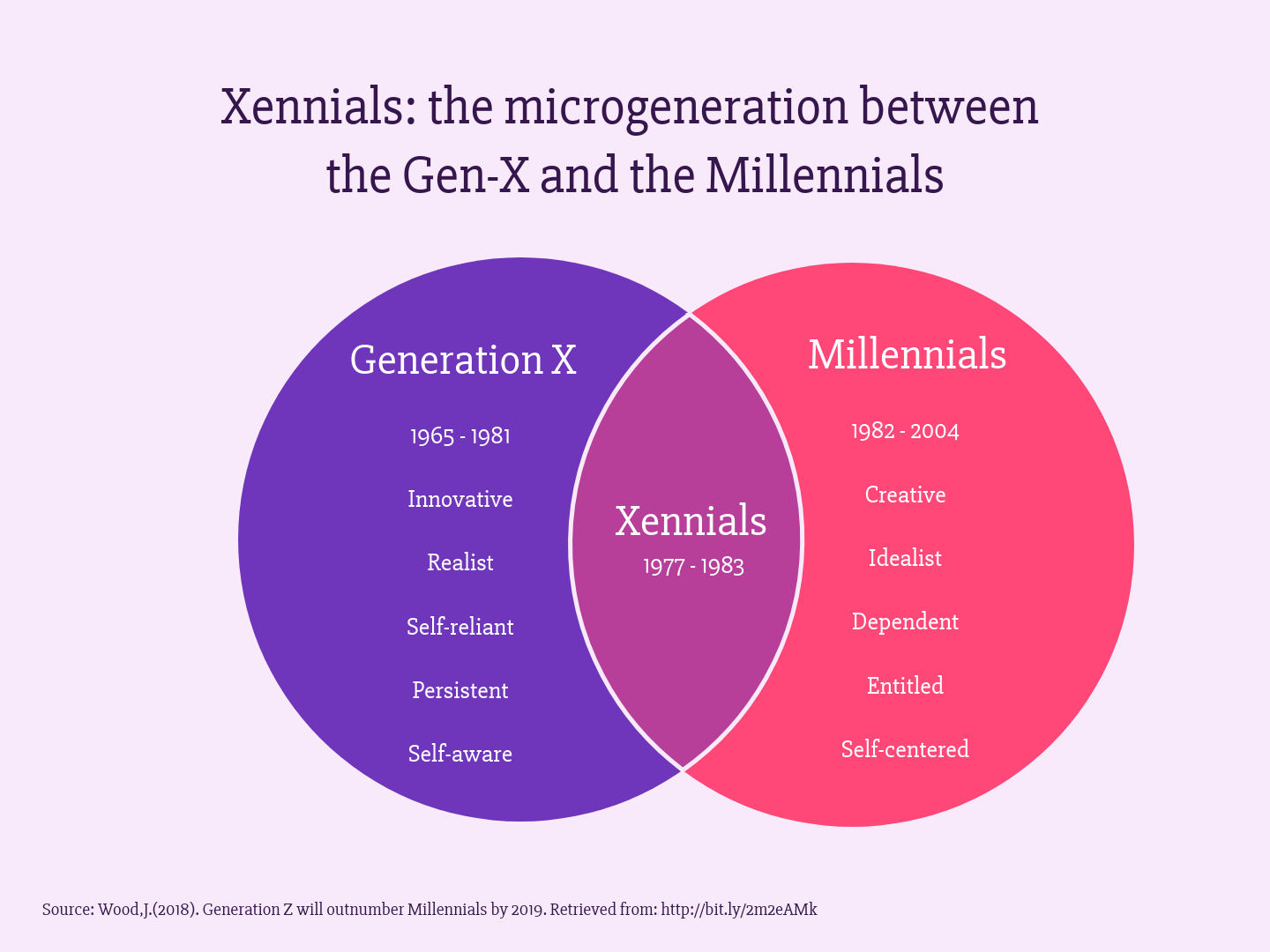 Squeezed in the middle, Xennials struck it lucky. Born in the late 1970s, they were too young to be hard hit by the economic downturn a decade later. The group quickly cottoned on to new technologies too, even if they were slightly too old to come under the digital-first umbrella. What’s more, Xennials are just as optimistic as the Millennials that followed them.

The HuckleBe name was created from a random stroke of inspiration, a touch of nostalgia and a healthy dose of future-facing optimism. For co-founders Hayley and Chloe, the original inspiration came from the ‘Huckleberry friend’ in the lyrics to Moon River; a timeless tune that evoked wistful memories of their Xennial childhood adventures, playfulness, hope, possibility and wonder, in a playful, retro and comforting way.

With a clear and resonant connection to their past, the name just needed a forward-looking final touch: HuckleBe - with an emphasis on the ‘Be’ and a sense of ‘becoming…’

So how is Xennialism woven into HuckleBe’s way of working? As an extension of Chloe and Hayleys’ minds, it’s every bit as Xennial as they are.

Xennial trait: Born for big picture thinking — with specific expertise where it counts: Paying minimal-to-zero university tuition fees set Xennials up to start their careers with far less debt than subsequent graduates. As a result, they had the financial, mental and emotional capacity to pursue additional qualifications or become experts in personal passions, rather than just earn to live. This brewed a powerful combination of broad perspectives and niche specialisms**, enabling Xennials to bring a high-knowledge, high-expertise profile to their work.

Xennial trait: Driven to learn & evolve: Xennials are the original early adopters: the generation that made blogging a thing, created the first accounts on the likes of Myspace and Friends Reunited (then later Facebook and Twitter), and switched cassette tapes for iPods and flip phones for smartphones. In their unique position as the final generation to grow up analogue then live adult life digitally, they’re primed to parse new ideas, products, and ways of being.

Xennial trait: Knowing the power of play: With no screens to monopolise their attention while they were growing up, Xennials played in real — rather than virtual — scenarios. The drive to explore sensorially, creatively and from various angles was rooted in their consciousness at an early age, thanks to the real-life toys, humans and landscapes around them. The privilege of outside play also instilled a lifelong, appreciative connection to nature in many Xennials — perhaps meaning this group senses on a more visceral level exactly what we stand to lose if we don’t take bold action on sustainability.

Xennial trait: Adaptable, flexible & resilient: The analogue-to-digital overhaul is a hallmark of the Xennial mindset, meaning constructive disruption is second nature to them. With a realist streak, they’re able to question assumptions, map scenarios in detail, and handle multi-outcome planning. In a professional context, this allows Xennials to challenge the status quo with ease, and gives them the clarity and conviction needed to generate lasting change.

Xennial trait: Open minded, authentic & honest: Striking a healthy balance between cynics and optimists, Xennials are wired to be fair and direct. As a result, they instinctively advocate for collaborative, supportive and productive working environments, while efficiently tuning into the issue at hand.

Xennial trait: Grounded in trusted relationships & partnerships: Xennials are a face-to-face people. Making childhood friends without the intervention of social media meant in-person communication and interrelation was paramount, and this persists in their adult interactions. There’s a genuine, personal warmth that emanates from HuckleBe’s presence and communications; without losing the conviction and authenticity to say “no” when needed.

Building on their core Xennial strengths, Hayley and Chloe have built a multi-(micro)generational core network for HuckleBe. This mash-up nexus harnesses the power, knowledge and uniqueness gifted by the years across a multidisciplinary team.

It’s no secret that multidisciplinary teams are higher-functioning. Creating a core team and wider network that spans multiple disciplines and multiple generational viewpoints, however, is what levels HuckleBe up.

“Our fundamental way of working bridges worlds by welcoming all to the table: Gen Xers, Xennials, Millennials, the Zennials that came after them, and anyone else whose spark and drive aligns with ours. Appreciating diverse traits, viewpoints and backgrounds is central as we build our network. Not only to ensure we’re inclusive (this is everyone’s world, after all), but that we leverage all the skills, intelligence and wisdom we can to deliver the impact we seek for our clients.”
— Hayley, HuckleBe Co-Founder

This is what allows HuckleBe to plug communication gaps, identify reference points that resonate across generations, develop 360° understanding on trending issues, and always be thinking, moving and learning ahead.

From concept to action

Nostalgia in the name, gumption in the game. At HuckleBe, we work with you to transform your organisational impact from the inside out, equipping your people with methods and skills to enhance how you communicate your purpose to the world.

Our strategic communications training focuses on creating new mindframes within your team, priming you to engage your target audiences effectively, innovatively and digital first. To share messages that resonate, and that motivate people to make the change you’re driving.

Our strategic communications approach combines diagnostics and direction to amplify your voice and help you stand out from the digital noise. Technically and creatively, we position you for visibility so that people will see you, hear you, and respond.

To find out more, head to our Services page.